Do not misconstrue my silence.   I am furious.  Heartbroken.  Our country is so very broken, and it’s never been any, single, politician’s fault.  It has always been the collective, white supremacist oxygen we breath, while the communities around us continue to suffocate.  We need meaningful change, change I’m not sure I believe comes through social media re-posts, yet it remains the easiest vehicle to communicate to the masses.  Re-posts are cheap, easy, takes me a second.  Sitting here, in the uncomfortable silence, composing my own response, takes time, thought.   These issues we face, they require our undivided attention, our time, our focus, and our intentionality to work within the spaces we’re given, and the resources we have.

My silence is not inaction, it is turning inward, praying, and seeking Holy Spirit wisdom in this time, for this moment, for direction on how to respond outwardly.  I am not the savior; I remind myself regularly to keep the weight of this moment from crushing me.  I feel it in my bones, a reformation is coming.  I feel the Spirit whispering, moving, this shaking and cracking of foundations.  I am not afraid.  I know where my hope lies, and its not in a construct of this world.

In 1517, when Martin Luther nailed the 95 Theses to the church doors, historians posit 3 main tenants he was working to address:

Tell me we don’t need another reformation.  At one point during his dissertation (Theses 48-52), Luther asserted (giving the Pope the benefit of the doubt, he wasn’t aware of such debauchery occurring in the ranks he oversaw) the Pope would rather see St. Peters Basilica burned down than “built up with the skin, flesh, and bones of his sheep.”

Do y’all remember, Good Friday 2019, when Notre Dame burnt to the ground?  Two years ago, the symbolism was not lost on me, when I wrote this blog.  Almost a year to the date later, churches around the world would begin shuttering their doors just weeks before Holy Week, as fear and uncertainty around the pandemic rose exponentially.  The Spirit never stops moving.  Always working.  Always Redeeming.  Always using the foolish things to confound the wise.  Keeping us humble, and alert.

I have no answers, but my faith says the Bride groom comes for his Bride, the Church.  He is always faithful, throughout scripture, to preserve a remnant.    So, what does that mean for me in this moment?

I believe a revolution/reformation is coming, and my heart knows it’s not coming through the White Savior complex, which has been SO disturbing and damaging throughout history, so I wait.  I continue to watch, listen, learn, and teach my children from all that I am learning.

After Ahumed Aubrey was killed while exercising, after riots erupted following George Floyd’s murder, I got to have several meaningful conversations with my oldest.  We talked about how important it is to have a critical eye to the narrative we’re given, to remain curious learners of the world around us.  I delved into a bit more detail of some of the narratives I grew up believing, that my worth was tied to what I was able to produce.  We talked about how the white male narrative has been centered since the advent of this country, predating all the way back to the Roman Empire, and the male narrative going back to the dawn of man.  I fumbled my way through it, there is no handbook for these conversations.  I did my best to explain that while he was not a part of the problem, becoming part of the solution requires an openness and humility that precious few seem to possess.  Listening to, and giving space for other experiences to be shared, other stories to be told, while challenging yourself not to discount or deny the experience of another, simply because it doesn’t align with your own.  I tried to reinforce that his greatest achievement in life would not be something he did, rather who he helped along the way.  I pointed out how his daddy lifts all of us up, prioritizes, and serves our needs and interests ahead of his own, and how much more important and lasting that legacy will be over anything he ever does for work.

The other day, when Selah and I were shopping in Costco, we passed a family that appeared to be Hindu, all with the traditional third eye (red dot) in the center of their forehead and saris.  She very loudly pronounced they were Indians from India, proud of herself for being able to identify something different to her very homogenous surroundings.   I used the moment to remind her that while she was able to identify the difference, perhaps we could identify the similarities, which created a much more extensive list.  I also challenged her that while they MIGHT be from India, they very well could have been born and raised in North Carolina and have lived here much longer than we have, which definitely pulled her up short.  We simply can’t know someone else’s past, and it’s best not to guess.    Coming from an extroverted mother, I told her we can always try asking, if we’re curious to know someone better.  Whether they give us an answer is up to them, it is their story to share.

In the books we’re reading at bedtime, now that the kids are getting older and we can FINALLY move into slightly more engaging reads, we’re making our way through the “Who Was….” Series.   Last night AJ and I read through “Who Was Sitting Bull”, the infamous Hunkapapa Chief (Part of the Sioux), who defied the US Government at every turn, knowing their word was worthless, their character ruthless, and their greed endless.   I could see the struggle in his young eyes, wanting to land on an easier narrative to digest.   How could this country we call home be capable of such atrocious acts?  How could the ‘good guys’, Sitting Bull and his people who only ever wanted to be left alone, have lost?  That’s not how the story is supposed to go.   I didn’t try to solve it for him, I let him just sit in the same state of confusion I’m finding myself in so often.

I would love to see a new 95 these nailed to every church door in this country, triggering some desperately needed reform.   However, unlike Martin Luther, a male monk in the 1500’s who could dedicate himself to scholastic study and crafting a document that would spin the world on it’s tale, I have a full time job, and 4 kids to homeschool, so a SMIDGE less time on my hands.   My eyes are on Amanda Gorman for the task…. Girlfriend is a powerhouse!  Poised and ready to call this country to task.  If not her, someone, somewhere, soon, Jesus help us.

Check your hearts, check your minds.  If you’re one of the ones yelling ‘crucify’, to the girl that got an abortion, to anyone that identifies LGBTQ, to the Black community raging and exhausted over centuries of injustice, to the AAPI community for some ill-conceived belief created by a deranged man that they’re somehow to blame for a Global pandemic….  Will your heart and mind be ready to accept the one, who will spark the movement, coming to redeem and heal ALL that pain and agony…. Or will you continue screaming ‘crucify’?

I ordered this book because I believe it’s my responsibility as a citizen of the United States of America to engage in my own critical evaluation of the candidates before me.  The media has its biases, and the noise created... END_OF_DOCUMENT_TOKEN_TO_BE_REPLACED 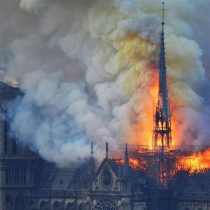 “Our holy and glorious temple, where our ancestors praised you, has been burned with fire, and all that we treasure lies in ruins” -Isa 64:11 (Image Credit: Unknown: MSNBC) The world watched on in abject horror as fire ravaged a... END_OF_DOCUMENT_TOKEN_TO_BE_REPLACED 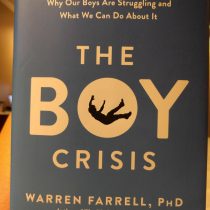 “We interview people who are extraordinary successes, so they are visible.  We ignore people who create a balanced life, so they are invisible.  That is, we rarely interview and make visible those who spend the amount of alone time, spiritual... END_OF_DOCUMENT_TOKEN_TO_BE_REPLACED
Webster defines conviction as “A firmly held opinion or belief”.  Christianity maintains that convictions can often be God’s way of directing us within His will for our lives.   Christianity maintains lots of things, honor and unity being among them, which... END_OF_DOCUMENT_TOKEN_TO_BE_REPLACED 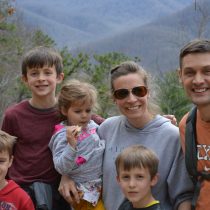 This felt like the winter that just did NOT want to quit!  We had snow… In RALEIGH… in March.   Then I had to laugh at my friends in Virginia and Michigan that were still getting it here in APRIL?!?  I... END_OF_DOCUMENT_TOKEN_TO_BE_REPLACED
I heard “Reckless Love” for the first time about three weeks ago, and have been listening to it almost daily since.   Every time I listen, it’s truth penetrating deeper and deeper into my soul, shifting my understanding of love. Reckless.... END_OF_DOCUMENT_TOKEN_TO_BE_REPLACED 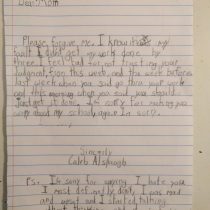 I’ve written at length about my mostly ungraceful entry into motherhood, raising myself as I learned how to raise a baby, both fumbling through life.  Now, as I shift from babies to big kids, I don’t want to waste time... END_OF_DOCUMENT_TOKEN_TO_BE_REPLACED 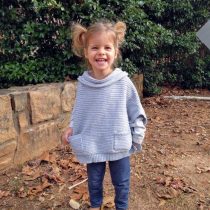 And just like that it was 2018.  Don’t mind me, I’m having a slight temper-tantrum with time over here.  It keeps marching on, and I have my hands over my ears, eyes closed, and am stomping my feet in a... END_OF_DOCUMENT_TOKEN_TO_BE_REPLACED
The quiet is hard.  I knew it would be hard, distraction is so much easier than quiet.  Quiet is uncomfortable.  A little scary.  It make’s me itch, not physically, but just a restlessness underneath my skin that I can’t quite... END_OF_DOCUMENT_TOKEN_TO_BE_REPLACED
« Older posts